Individual Performance Management, or annual appraisals, or bonus based performance, or other similar names, are the Human Resources’ practice that, in a nutshell, evaluates employees’ individual performance, based on the annual goals set at the start of the year.

Each employee is given a grade/mark to carry for some time.

The practice, actually a whole process, focuses on individuals, having the feedback part as the essence of the process. Traditionally, once or twice per year, the managers collect feedback for each employee from his/her colleagues and then compile it. Frequently, the catch is that such feedback is painted with a predefined, so called, Gauss/bell-shaped curve, which represents a statistical distribution of grades/performances. The overall grades for employees are supposed to follow the pattern of the predefined distribution. This implies that the majority of people’s performances should gather around the mid values. It is like we send a message – ‘Perform in accordance with this curve, which tells that majority of us is mediocre?’

Perhaps this interpretation sounds like exaggerating or tendentious, but this is how people, to my experience, receive the message and in the end how it affects their motivation.

“Apart from documentation for legal purposes, the annual performance appraisal is a waste of time.”

The feedback that is immediate, related, direct and fair is important and wanted. Therefore, the annual feedback sessions do not justify the above mentioned attributes, and make a very little or no difference at all, to the change in one’s behavior. If the feedback is given once a year (which is considered very rare), it must also be comprehensive, where both positive and negative feeds are combined. 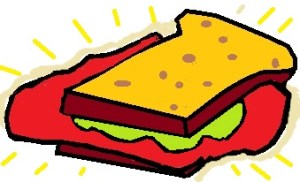 As a manager, I was taught that feedback is like a sandwich: a slice of positive, then a slice of negative and then finish with a positive. However, Aubrey C. Daniels in his research further says that, when combining positive and negative feedbacks, the negative one largely diminishes the positive one. So, we were chewing on bad tasting sandwiches for a long time.

The culture of receiving an evaluation by those we report to, and giving evaluation for those we are accountable for, is so infiltrated into our minds (started with our educational system) that we feel lost without it. We feel without control and without legal instruments to judge. Hence, we keep preserving the power and decision making at the management level, thus killing the honest relationship. The sad part is that we created it mainly because of low performing individuals – people that due to some subjective or objective reasons do not perform in accordance to expectations. Is it worth (smart) to impose a heavy and demotivating process upon everyone in the organization because of the small number of underperforming people?

Another ‘tiny’ aspect to include in this story is the cost. We invest into the system that tracks the individual performance. The system is supposed to help managers to track. Think about the word ‘track’ for a moment! It means that we are after that something, behind. It’s a pretty good description of what the police do. They investigate and track criminals. However, the police are much more advanced in this thinking – they usually don’t track the good guys.

The leaders lead the people to perform; otherwise they don’t lead. So, how can they lead by looking at their employees back? Falling behind is waste, and waste costs. Defining the how-to-track process, building tools and maintaining them, having formal interviews, executing formal talks, policing people – cost money, time and resources. However, the biggest damage of all is – demotivation. If the system demotivates a single person – it needs improvements!

We need a change from evaluating people by their manager, towards a feedback shared among the team members. Who is better to give a feedback than the colleagues working with you on a daily basis? We should get rid of the annual appraisal harmful routine. 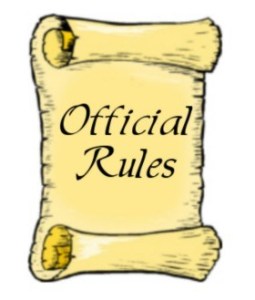 Let’s talk about rules!
In the big organization, but also a small one, rules are important part of structuring the operations and impose behaviors. Sometimes they are also called policies, directives, orders, requests, guidelines, instructions… All of them have a common purpose to streamline and channel actions to have predictable outcomes that produce a sense of control. They help to comply with legal or company’s regulations.
This is OK.
Nevertheless, let’s be a bit critical!

One characteristic of rules is that they often generalize, i.e. aim to cover wide as much as possible and make people acting similarly. In that case, different needs have to compromise[1] (and sub-optimize) accordingly. To take a blunt example: when company wants to reduce travel costs, every department has a percentage to reduce. For customer support and deployment department that would release a bit of pressure of traveling to customers… and will cause slow deployment … and sales (being cynical on purpose here).

The second characteristic of rules is the source and ownership. Management (middle management) is responsible to apply and execute rules, while usually the Human Resources department (and higher management) create them. Well, somebody needs to do it and it needs to make sure about their execution compliance. One “happy hour” example is the working hours policy – well known helper in the SW industry (tell programmers to work from 09-17h).

The third characteristic is that rules are limiting. More rules means more limitations and borders which kills creativity and reduce a need to communicate. It boxes us into our area of responsibility and expertise thus creating the place to locally optimize a part of operations on the account of the whole flow. It creates a need to well specify, document and handover a part of work under our responsibility which is a pretty accurate definition of waste – please see the post about it!

The fourth characteristic of rules is their age. They have tendency to stick and stay as long as the management that created them is there to influence their life-cycle. It goes even beyond…:-(

The next characteristic is the heaviest one and is a consequence of the previous: rules create a conformance culture which goes against continuous improvement and innovative mindset.

The next characteristic… perhaps it’s enough!

The following quote well illustrates where the company following the rules is heading to:

[1] By definition a compromise is the worst solution. 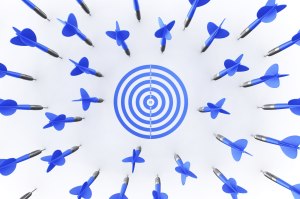 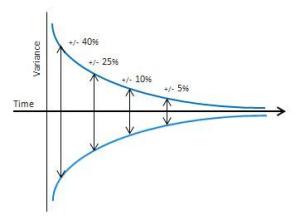