I tried to list down 5 models of organizing and leading teams. It could be that some transition stages appear in-between. It is not necessary to go through all of  them, so it is beneficial to evaluate the current culture (see the post about it) of our organization and  upon setting the vision for our teams, determine where we want to be in a short term. Then, start to work on it continuously and relentlessly. It always pays back. 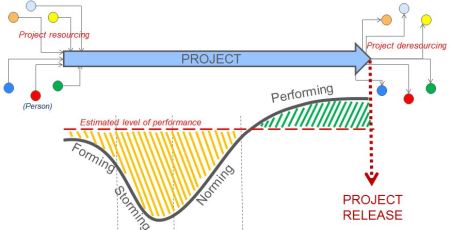 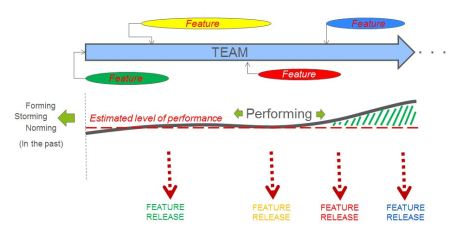 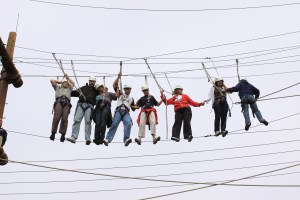 There are a number of aspects for the organization to transform to agile: culture, mindset, management, portfolio, methodology… However, without the real agile teams an organization can… call itself agile.

The aim for a real team is to figure out how to most efficiently reach the goal they have with business people commonly agreed to achieve.

First, let’s mention a multi-skilled ‘property’. We need to differentiate between multi-skilled team members and a team capable to perform multiple tasks. Multi-skilled team members are individuals capable of doing different tasks. This is the enabler for a team to become versatile and as less dependent as possible. However, this is not quite sufficient. For instance, a team has three people that can do development and test and three others that can do configuration management and technical writing. In such a case, an early phase/architect and integration competences are missing. So, the team depends on external competences and help. On the other hand, a team could be cross-functional with all needed competences to deliver a product, but some handover within the team is created due to specialization of the team members. Specialization limits learning of multiple skills. In a case of variations where certain types of tasks come in peaks, there might be challenges to cover them timely without overburdening individuals.

So, both multi-skilled individuals and cross-functionality within the team are necessary for a successful team.

Let’s mention yet another important aspect – long-lasting. Team members need some time for getting to know each other and to build a team sense, a spirit and consequently a performance. It may take more than a week, an iteration or even a delivery. The members of the team build gradually a personal team awareness or in general: the orientation and recognition of others’ work to efficiently achieve a common purpose. It comes along with trust, openness and commitment. The business dynamics and demand for flexibility may be the main challengers to keep the team together (along with leaders that ignore the importance of this aspect).

Teams are the core structure of an agile company. We should build teams with a wide picture about other teams, system, company and community. We should not stop treating people as individuals and unique human beings.